Young radio stars at Newington Community Primary School in Ramsgate are the best in the UK.

The team of boys and girls that produce regular radio and video shows –called Vadio – for the school’s Triple A station were honoured twice at the newly-launched Young Arias nationwide competition.

They received a £6000 recording set up for their music studio plus a newly-released wireless/bluetooth smart speaker system for the classroom.

The awards ceremony at the BBC Radio Theatre at Broadcasting House in London saw the Newington team win in two categories – Achievement in the Community; and Best Use for Education sponsored by schoolradio.com.

Broadcasting industry judges were impressed by the Triple A Radio entries that included the original song We All Like To Be Happy which is based upon the pupil’s research into the things that can make us happier as people. This includes socialising, exercise, quality sleep, trying to be positive, and limiting the time spent on screens.

Newington’s community award was presented by Radio 1 Xtra’s Reece Parkinson.  Radio industry Judges said: "If they lived near the school they would love to listen to this- the programme was sincere, fun and an accessible way of talking about the importance of happiness in everyday life".

The education award was presented by Jordan Lee from Hits Radio and Liam Burke from Schools Radio.Com. The industry judges said that the programme was "A joy to listen to and our positive message was infectious".

Music teacher Warwick Eldred, teaching assistant Louis Cox who helps with producing the vadio shows, and the pupils were astounded to win both categories.

Mr Eldred said: “It was fantastic just to be nominated. We were the youngest entrants against some truly excellent entries that mainly featured older children and young people up to the age of 18. We are so thrilled to win and we want to thank everyone who has supported our efforts and helped us in any way.”

Triple A broadcaster Erin, aged 10, said: “It was really emotional. I was so happy that we won, and I cried a little bit too.

“I can’t wait to see what our new studio equipment will be like and we all want to get on with making another programme as soon as we can.”

Another team member Henry added: “It was brilliant to visit the BBC’s building and radio theatre at the BBC. It was great when they said we had won but the ceremony was pretty nerve-wracking until then.”

The Newington team were also interviewed for BBC children’s television programme  Newsround, and they enjoyed the music of Tom Grennan who has a Top Ten album, and Radio 1 DJ Abbie McCarthy who were guest performers at the ceremony.

Winners and nominees were given the opportunity to meet some big names in the world of audio and radio including Sara Cox, Mollie King, Richie Anderson and Swarzy Macaly.

Matt said: “I’ve been involved in the Young ARIAS since the launch last year and it’s been amazing to see just how many under 18s are passionate about radio and audio.” 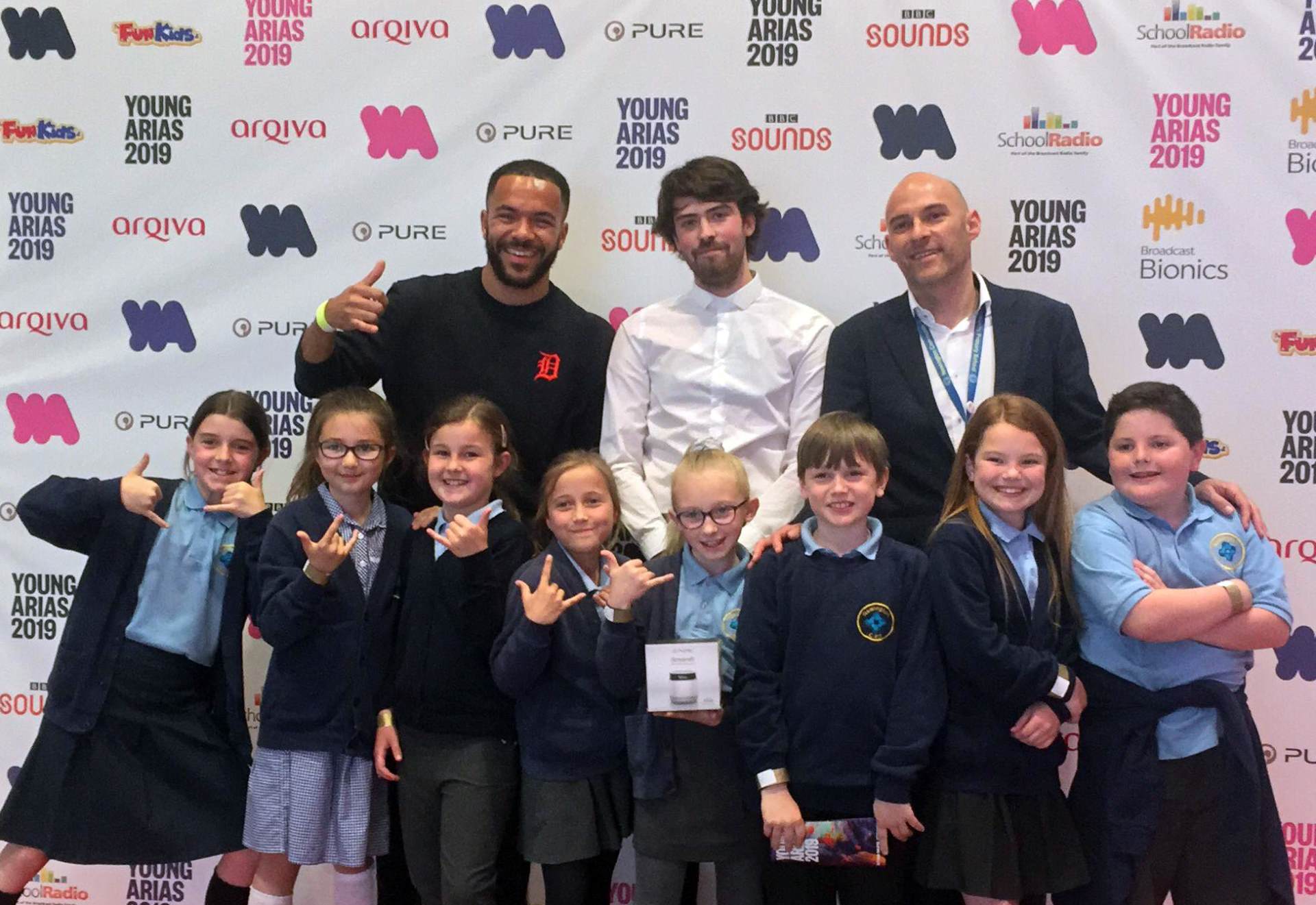 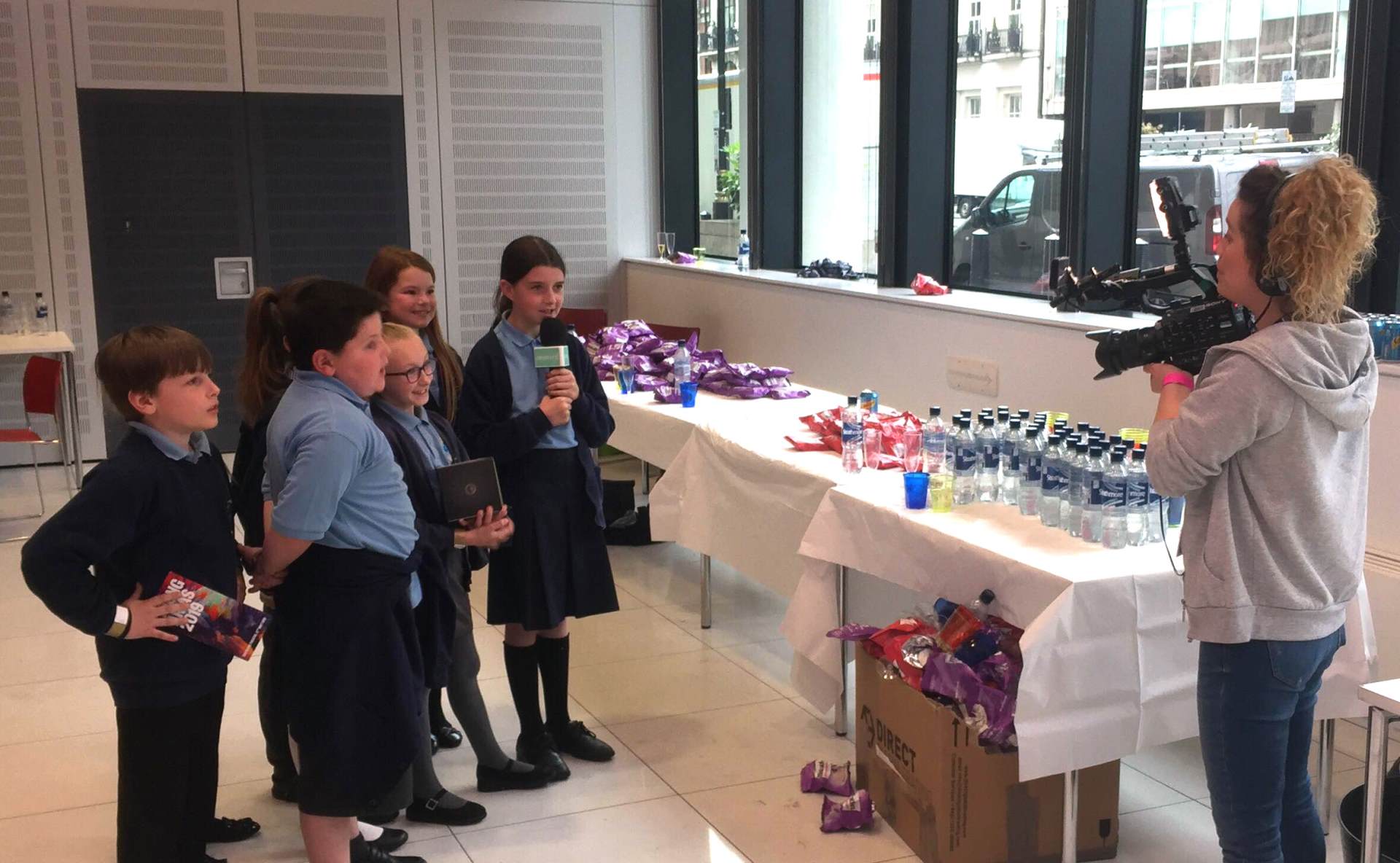 The new annual awards aim to widen the talent pool coming into British radio and provide an opportunity for young people to access the audio industry.

Siobhan Kenny, Chief Executive at Radiocentre, said: “There’s an audio revolution going on, and technology means it’s never been easier for young people to create their own unique audio projects. It was so special and uplifting to see and hear so much new diverse talent who will become audio stars of the future.”

Dee Ford, Group Managing Director, Bauer Media Group said “Bauer have been proud to support the first ever Young ARIAS awards which not only shines a spotlight on exciting new audio talent, but also provides an opening in to the media industry for young broadcasters from all across the UK”

Newington CPS Head Teacher Cliff Stokes said: “Triple A vadio is an amazing asset to our school community. Our pupils and staff are ambitious and committed to the project and to pick up two top awards against really strong competitors from around the UK is fabulous.

“We pioneered the use of radio in the primary sector in our region when we launched Triple A around four years ago and it is a valuable resource for learning, creating, team-building, communication skills and for building self-confidence.”

Mr Eldred said: “The next step is a special Triple A Vadio programme all about our success in the Young Arias, which is a fabulous initiative for young people across the UK.”

Triple A stands for Ambition, Achievement and Aspiration, the Newington school ethos. The radio team from Years 3, 4 and 5 are Erin, Jessica, Tegan, Lexi, Henry, Harry, Paige and Sophie.